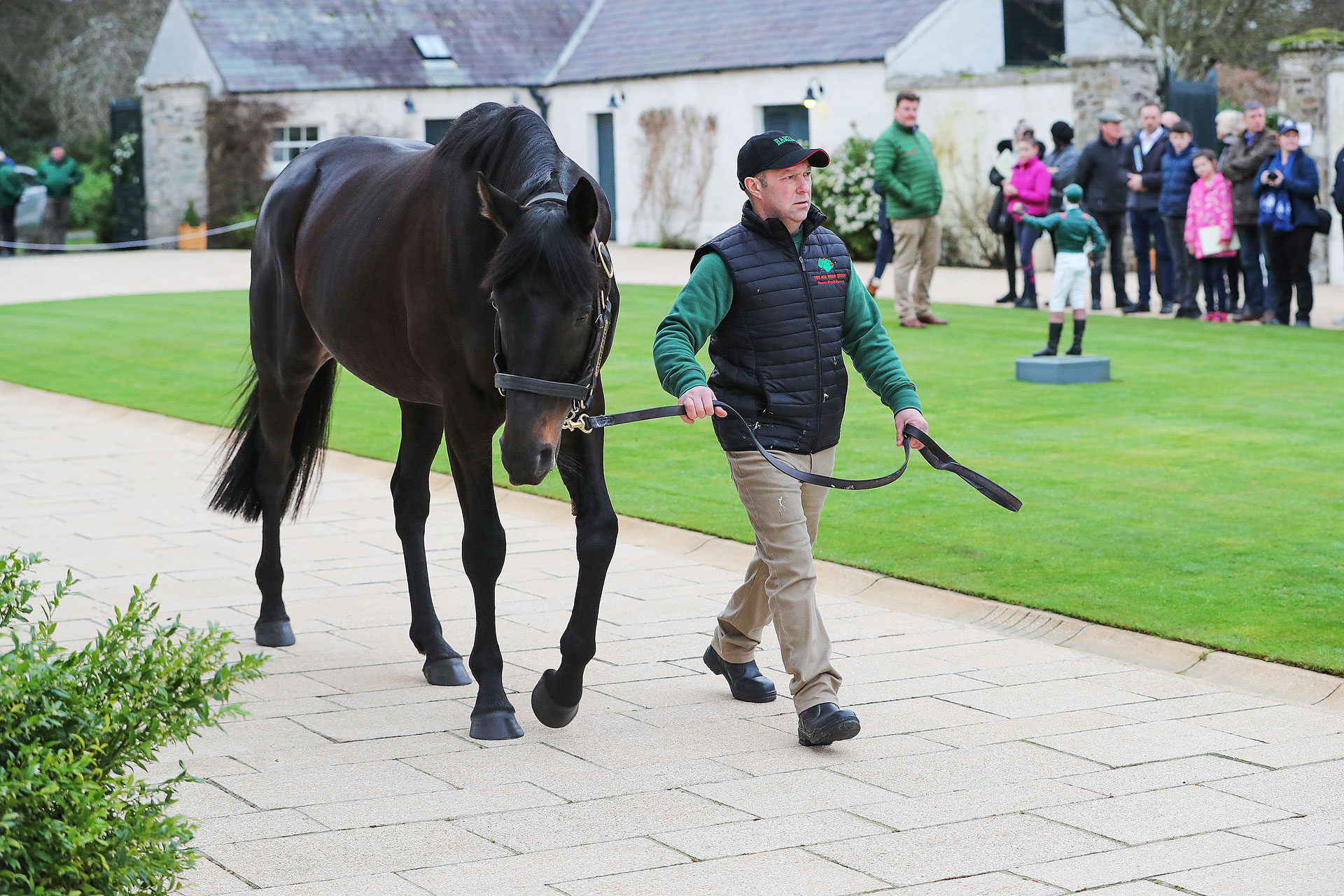 Adaay holds much appeal to breeders on both race record and pedigree. He is a half-brother to the stakes-placed Mullionmileanhour. Their dam the winning Lady Lucia is herself a half-sister to Group 3-placed filly Creative Mind. He should be suited to mares by such sires as Green Desert and Medicean while inbreeding to Royal Applause through his sire son Acclamation could also prove fruitful.

Based in Coolmore’s American farm, it is likely Coolmore have sent a number of his progeny to be nurtured at Ballydoyle. He hails from a strong American family which includes champion juvenile filly Flanders, herself dam of champion three-year-old Surfside. Air Force Blue showed his best form as a juvenile, which saw him crowned that season’s champion juvenile of Europe. Seems ideal for mares by Giant’s Causeway, Galileo, Green Desert, Oasis Dream and Kingmambo.

Group 2-winning two-year-old, beating subsequent champion miler Ribchester in the Gimcrack. Out of a half-sister to the dam of leading young sire Bated Breath and globetrotting Group 1 winner Cityscape. Further back in the line are American classic heroine Rags To Riches and European classic/Group 1 winners Peeping Fawn and Thewayyouare. Also hailing from this line is Group 1 winner and sire Spinning World and leading Irish juvenile Pathfork. Should sire winners with daughters of Danehill Dancer, Choisir, Galileo and Indian Ridge as well as speed sires Acclamation, Kyllachy and Royal Applause.

One of Europe’s leading milers of his generation and by Darley’s flagship Irish-based sire Cape Cross. A half-brother to the stakes-performing pair Aneen and Alghabra. This is the immediate family of Epsom Derby runner up Madhmoon and multiple Group 1-placed Nasheej. Daughters by Kingmambo, Galileo, Pivotal, Dansili and Danehill Dancer should mix well.

European champion juvenile and leading miler as an older horse, dam Danaskaya was champion two-year-old filly in Ireland and is also the dam of Group 3 winner Berlin and his group-performing full sister Diamond Sky. This line traces back to the sire-making family of Fruits Of Love and Mujadil. Daughters of Cape Cross, Xaar, Invincible Spirit, Montjeu, Pivotal and Royal Applause should see him produce precocious sorts.

Graded stakes-winning juvenile and Grade 1-placed in the Breeders’ Cup juvenile. His full sibling includes the dual Grade 2 winner Camelot Kitten while this is also the family of multiple Group 1 winner Sixties Song. Further back in the family is champion European miler David Junior and Theatrical. Daughters of Selkirk, Pivotal and Giant’s Causeway should suit him.

A winner of Group 2 Coventry as a two-year-old, by leading juvenile sire and emerging sire-of-sires Exceed And Excel, out of a stakes-performing daughter of Kingmambo. Hails from the female-producing family of leading two-year-old sire Danehill Dancer. Should nick well with mares by Galileo, Oasis Dream and Pivotal. 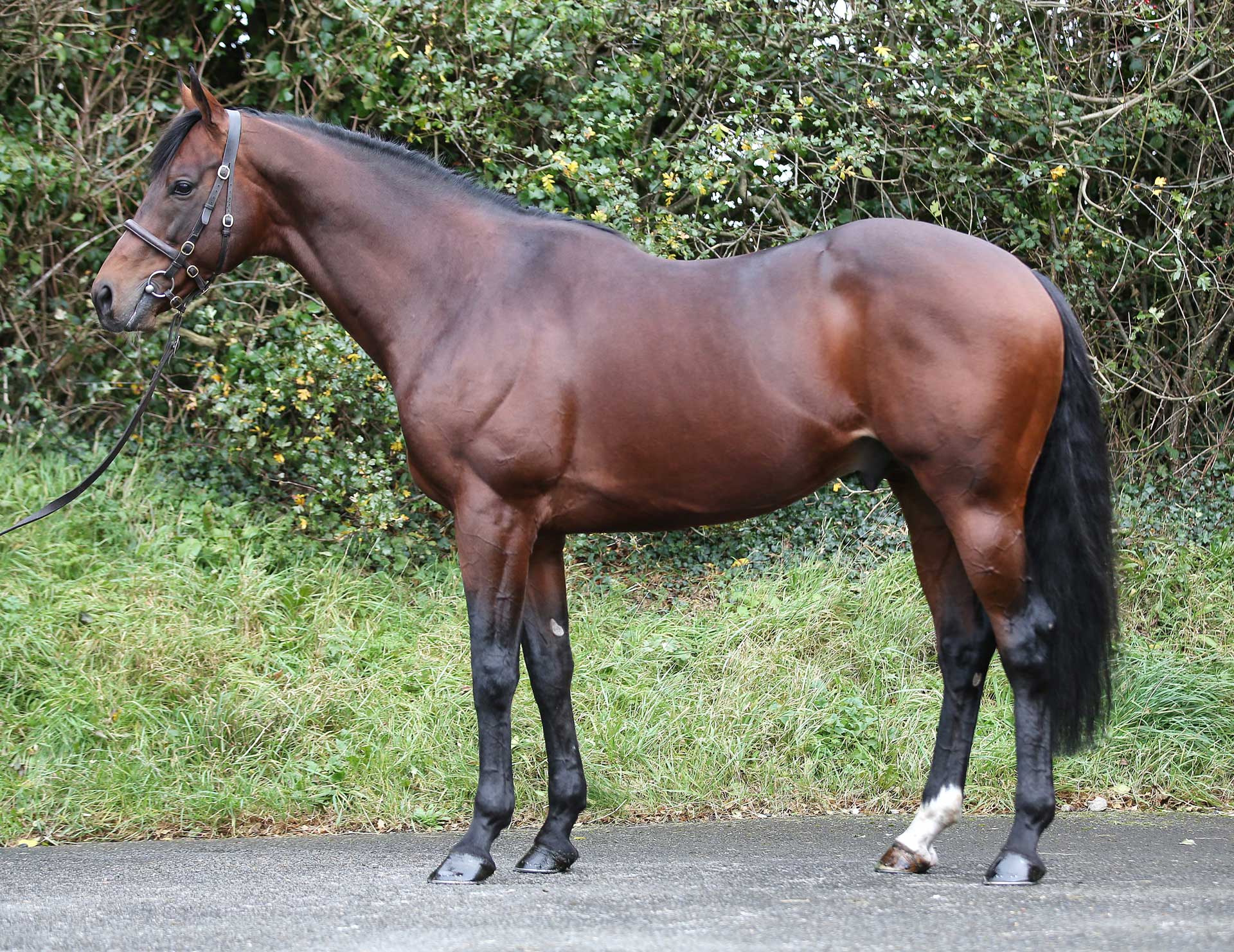 Another son of Kodiac to join the European stallion ranks. He is the first stakes winner for his dam, the winning Hazium. He hails from the same family as champion miler Mtoto, Group 3 winner and French classic-placed Hey Gaman and Canadian International winner Mutamam. A Rathastker Stud stallion, he should be suited to mares by Acclamation, Royal Applause, Pivotal and Galileo.

A group winner at ages three, four and five, was crowned champion older horse in Ireland in two consecutive seasons and joint champion older horse in Europe for his four-year-old campaign. A half-brother to Galway Hurdle and four-time flat handicap winner Quick Jack while their dam Miss Polaris is a sister to the stakes-winning Euro Falcon. Group winner Gothenberg and champion Japanese three-year-old filly Cesario, herself dam of Group 1 winners Epiphaneia and Saturnalia are further back. This is also the immediate family of Group 1-placed Anna Pavlova. Mares by Galileo, Sadler’s Wells, Shamardal and Machiavellian should suit.

A son of the brilliant Sea The Stars who resides alongside him, the dual Derby winner’s dam Hazariya was a Group 3 winner who also produced stakes winners Hazarafa, Harasiya and Haripour. Hazarafa herself produced Group 3 winner Hazapour. This is the same female line of Seal Of Approval as well as Decision Time, who was champion juvenile in his native Australia. Harzand should nick very well with mares by Sadler’s Wells, Danehill, Montjeu, Kingmambo, Pivotal and Monsun. It will also be interesting to assess how he would fare with mares by his sire’s half-brother Galileo.

A stakes-winning juvenile, beating subsequent champion sprinter Muhaarar, he was also second in the Group 1 Dewhurst Stakes. A dual group winner at three, he is by the ever-popular Kodiac. His dam produced eight winners including a pair of Italian stakes winners in Rivertime and Storm Of Wind. This is from the immediate family of leading miler Esoterique and group winners Russian Cross, Archange D’Or, Russian Desert and Russian Hill, herself dam of dual Group 3 winner Russian Soul. Should mix well with daughters of Barathea, Pivotal, Cape Cross and Acclamation. 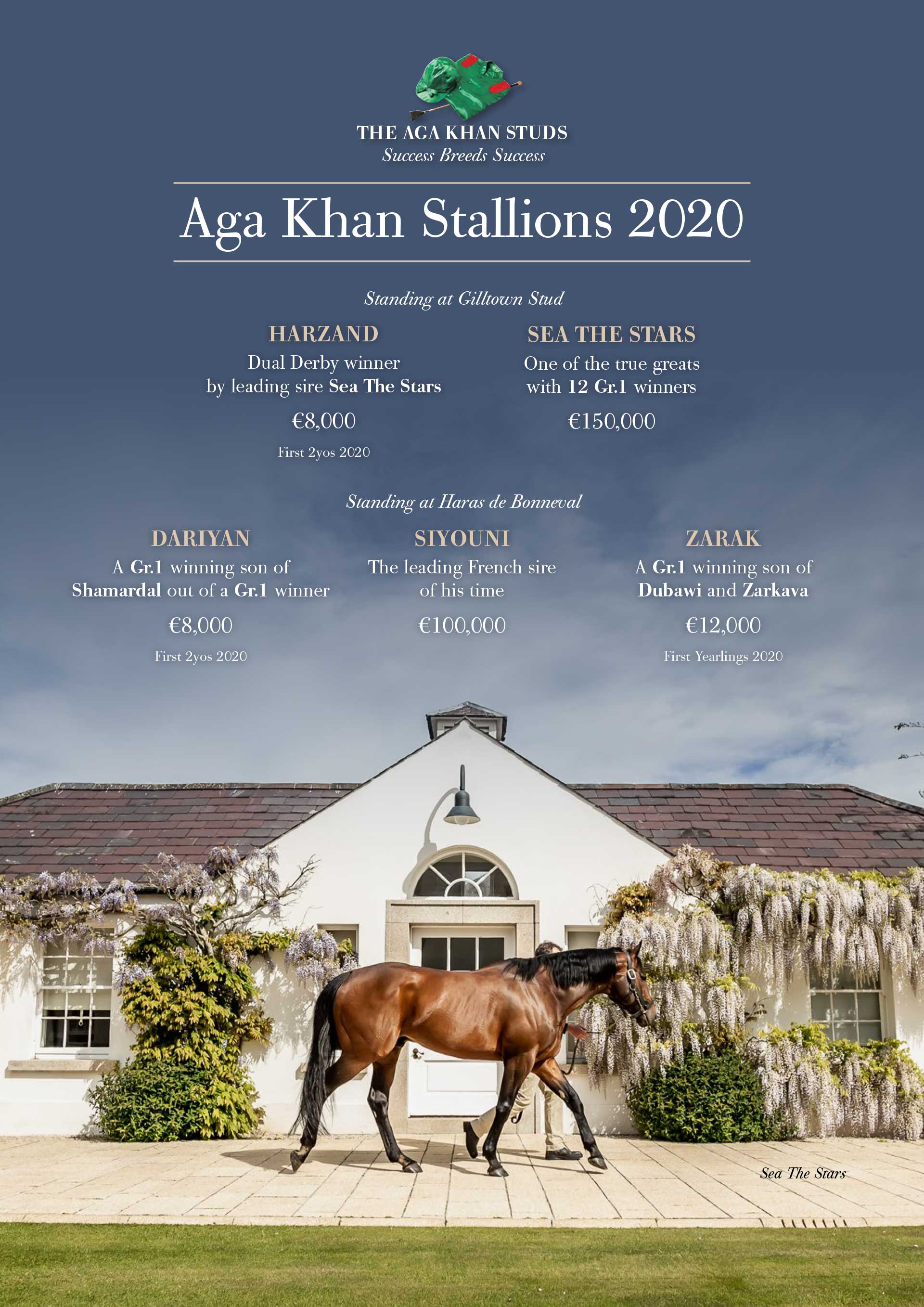 A group-placed juvenile and Group 3 winner at three that raced exclusively in pattern company. A son of one of Europe’s hottest young stallions, Dark Angel, he is a full brother to champion sprinter Mecca’s Angel, twice a winner of the Nunthorpe. They are out of stakes-placed Folga, herself a half-sister to Group 3 winner Desert Kaya. It will be interesting to follow his progeny out of speed influence sires such as Invincible Spirit, Bahamian Bounty, Exceed And Excel and Mujadil.

Steeped in rich Juddmonte bloodlines and by an emerging sire-of-sires. Currently the only Group 1-winning son of Dubawi available to Irish breeders. Out of the Listed-winning Cinnamon Bay, who is a half-sister to Group 2 winner Bellamy Cat. This is from the immediate line of Group 1 winner and Ballylinch resident Beat Hollow, as well as stakes winners Reefscape, Coastal Path, who was champion three-year-old in Germany, and successful national hunt sire Martaline. Leading sprinter and sire Oasis Dream also hails from this female line as does leading miler and exciting young sire Kingman. Daughters of Green Desert, Galileo, Singspiel, Pivotal and Giant’s Causeway plus his sire son Shamardal should be suitable nicks.

A pattern winner from two to six, with his biggest success coming in the Dewhurst Stakes making him joint champion two-year-old. By champion juvenile Teofilo and inbred to Sadler’s Wells. He is a full brother to stakes performers Hall Of Fame and Siamsaiocht. He is also closely related to Group 2 winner and Irish Derby-placed Light Heavy. Mares by Danehill, Machiavellian, Kingmambo and Mark Of Esteem should suit him.

Leading European two-year-old by leading sire Invincible Spirit, out of the stakes-placed Ghurra. She is also the dam of graded-placed hurdler Dai Bando. This is also the immediate line of stakes-winning two-year-old Dragon Pulse, Kentucky Oaks-placed filly Lewis Bay and dual Grade 1 winner Wild Rush. His first crop of foals includes a filly out of the dual Arc heroine Treve and he will be represented by some choicely bred two-year-olds next season. Daughters of Pivotal, Galileo, King’s Best and Zafonic should mix well with him. 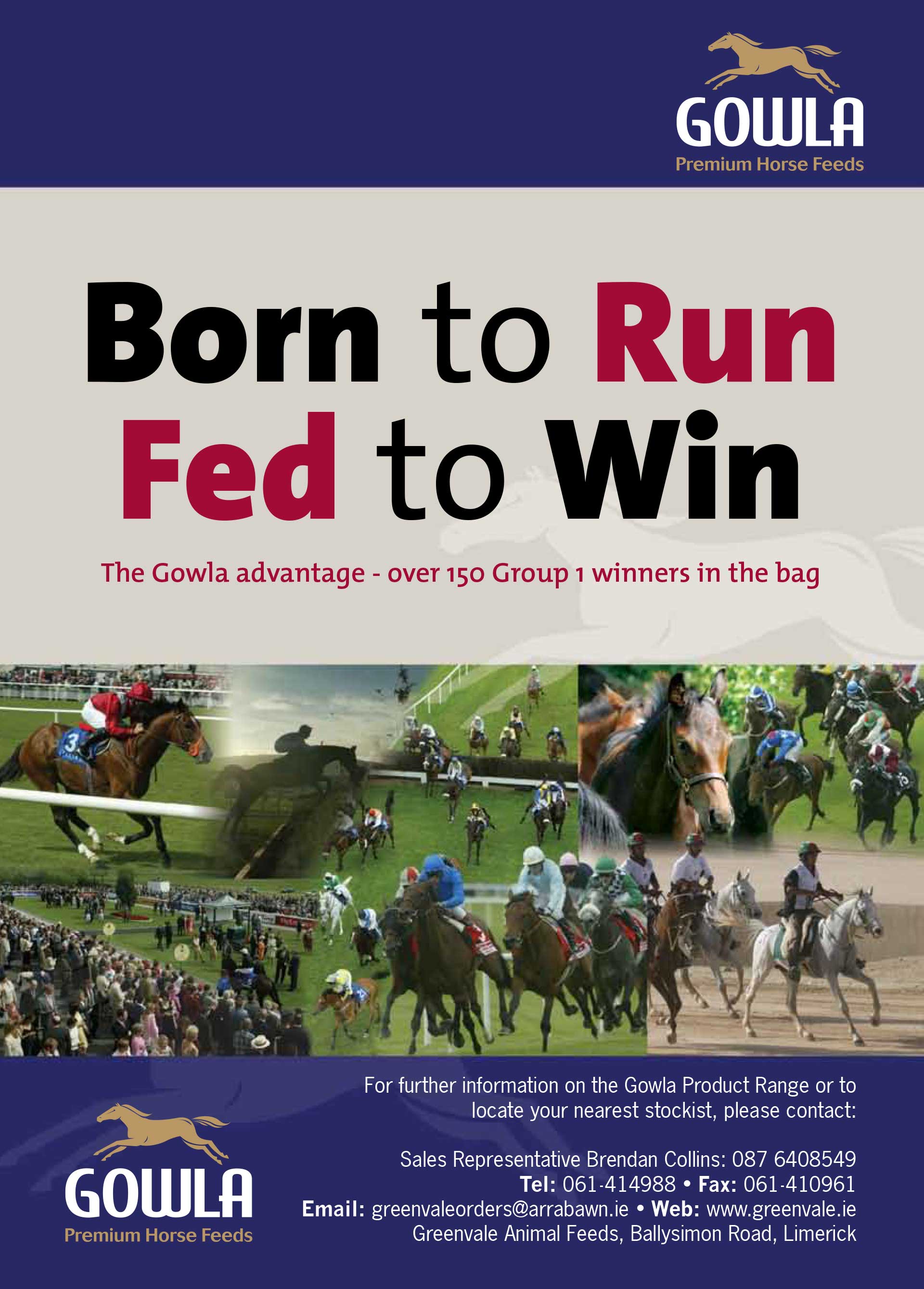 Progressed rapidly from winning a three-year-old maiden to winning a European classic. By the all-conquering Galileo, he is out of Chintz, herself a pattern winner and dam of group performer Queen Nefertiti, a full sister to The Gurkha. This family is steeped in high-class horses including Arc heroine Solemia, champion French juvenile filly Silasol, champion juvenile colt Okawango, Derby winner and Group 1 sire Authorized and German champion Quijano. Mares by Indian Ridge, Kingmambo, Montjeu, Monsun as well as Pivotal should suit.

Winner of the Middle Park Stakes as a juvenile on last run, where subsequent Group 1-winning machine Blue Point was second, The Last Lion is by shuttle sire Choisir, who has also supplied leading young sire Starspangledbanner. His dam was also a useful juvenile placing in both the Cheveley Park and Moyglare Stud Stakes and has also produced stakes winners Contest and Russian Rock. This is the immediate female line of champion Irish juvenile Tarascon, dam of Woodcote Stakes winner High Award. Daughters of Pivotal, Green Desert and High Chaparral and Invincible Spirit should be ideal.

A dual Group 1-winning sprinter by speed sire Kyllachy after winning both starts as a juvenile. Half-brother to Group 1-placed Music Master and Listed winner Spring Fling. This is also the family of group-winning two-year-old On Tiptoes. He joins his sire Kyllachy on the Cheveley Park roster. Covered 220 mares in his first two seasons. Mares by Acclamation, Diesis, Bahamian Bounty and Oasis Dream should produce precocious types.