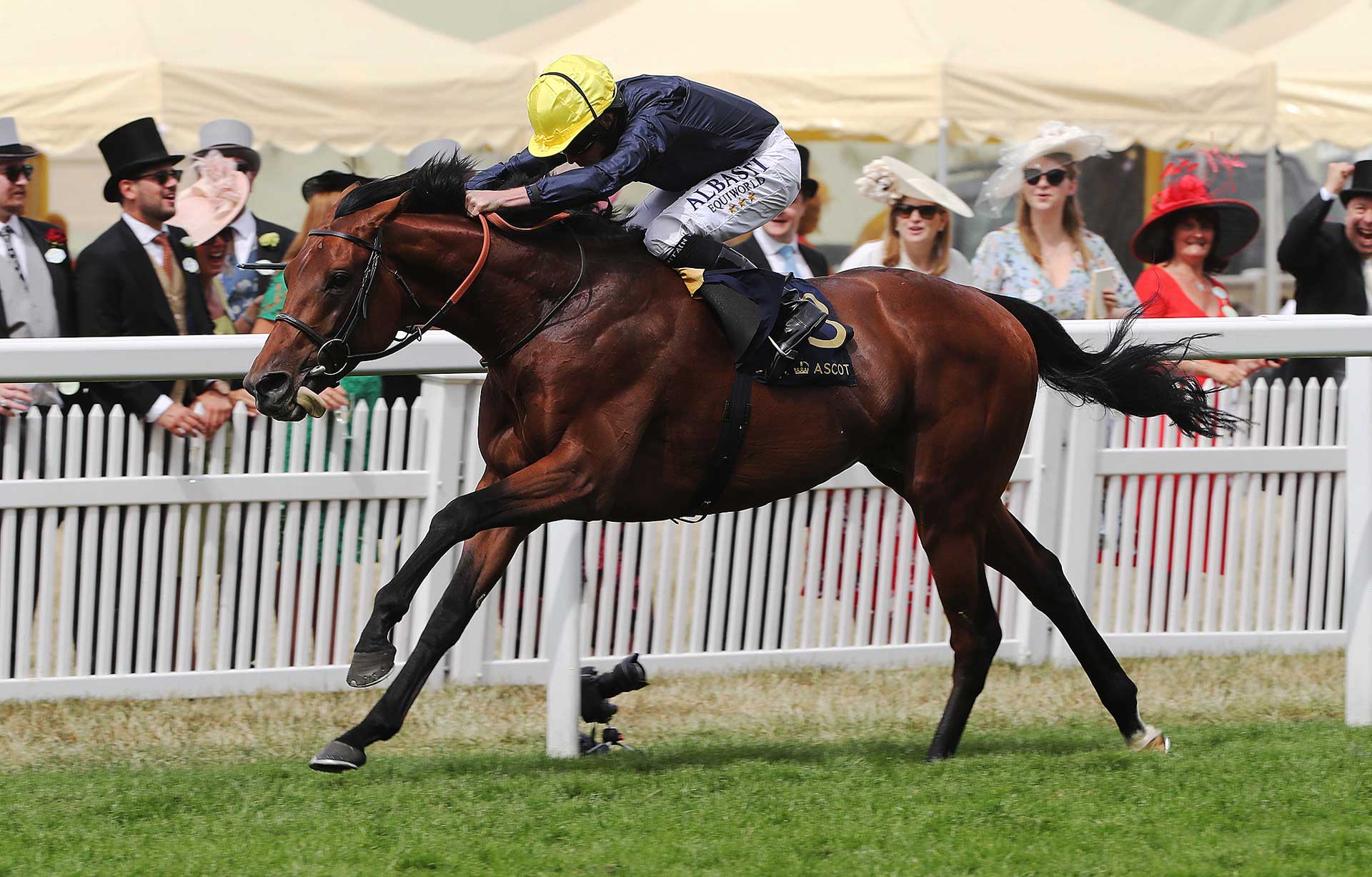 FIVE European-trained horses won three Group 1 races in 2019. Four of them were fillies or mares but the other was a horse who is among the array of stars who will be taking up stallion duties in 2020. The new crop includes several top sprinters, a couple of classic-winning milers, a pair of middle-distance classic heroes who represent two of the most famous stallion-producing families in the stud book, and one of the most brilliant members of a prolific Group 1 family whose prior stars include a sire of considerable influence. And those are just some of the highlights. As always, those reviewed below are the Irish recruits for the coming season plus the Group 1 winners who will begin their new career in Britain (as known up to mid-November). The other new British-based sires and the eye-catching selection of new French and German stallions are listed at the end. 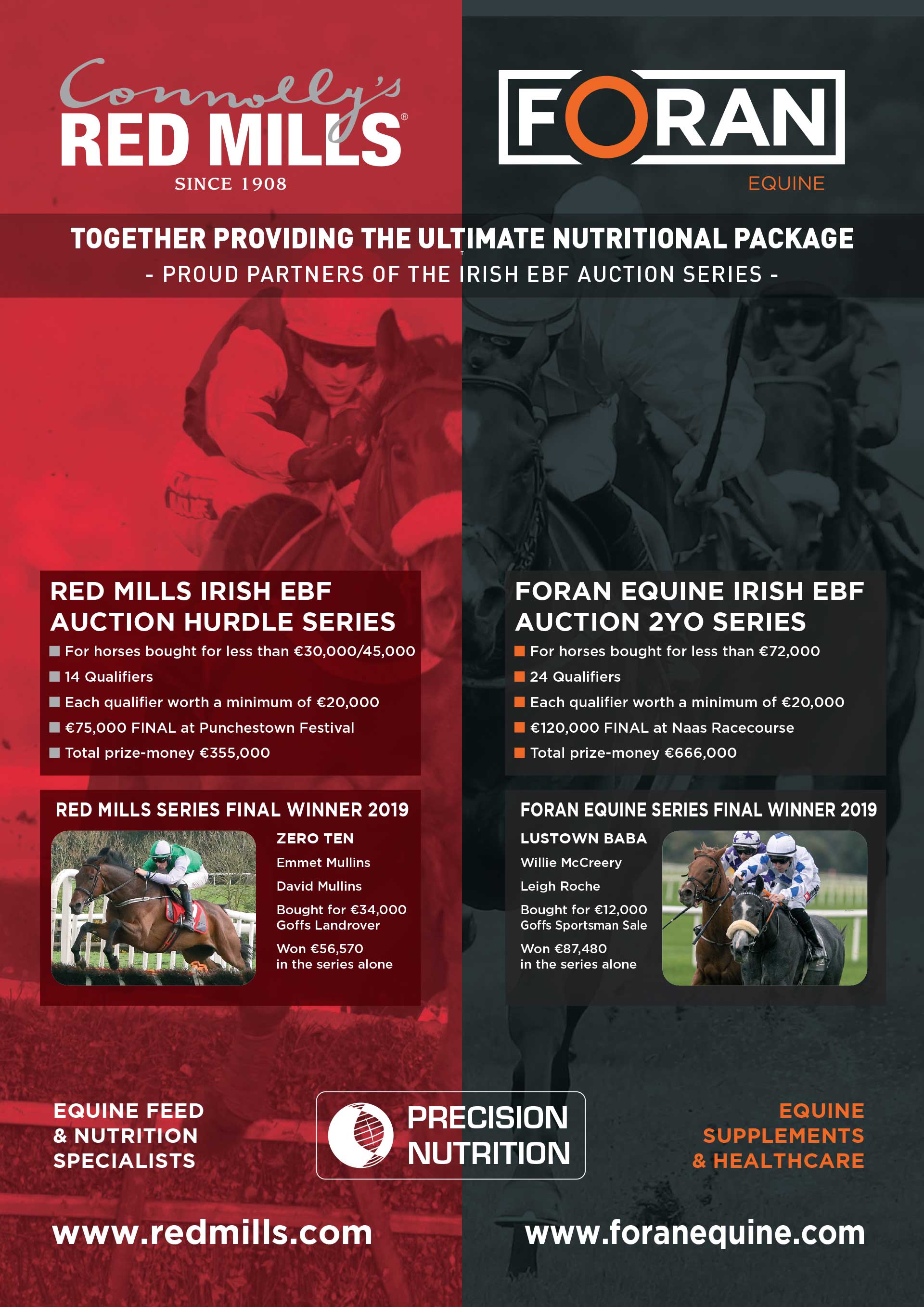 G1 Prix Maurice de Gheest, G1 Commonwealth Cup, Top-class sprinter at two and three, this grandson of Oasis Dream is among the early sire sons of Showcasing, represents the Green Desert branch of the mighty Danzig line and is by the sire of successful 2019 freshman Cappella Sansevero (sire of unbeaten Group 2 winner Pierre Lapin). His third dam is the pattern winner and dual Guineas runner-up Heart Of Joy. Likely to get winners in all age groups, mostly sprinters but also milers. National Stud (GB)

G1 Diamond Jubilee Stakes, G1 King’s Stand Stakes x2 Top-class international sprinter who starred from two to five and is by the top-class sire of Lope De Vega. This half-brother to the Group 2 Railway Stakes winner Formosina is out of a half-sister to Tumbleweed Ridge. Likely to get his best winners in all age groups and from five to 10 furlongs. Kildangan Stud

Royal Ascot juvenile winner from the first crop of the exciting Kingman, this grandson of Invincible Spirit is out of a full sister to African Rose (Group 1-winning dam of Fair Eva) and from the family of champions Distant Music, Vanlandingham and Temperence Hill. Likely to get his best from five to 10 furlongs and in all age groups. Coolmore Stud

Mahler and Soldier Of Fortune are two notable examples of jumps sires by the great Galileo, and this dual classic star, who has been added to Coolmore’s NH roster, looks a sure bet to prove popular. He is a full brother to the pattern-winning stayer Cypress Creek, his grand dam is the 12-furlong Group 2 winner Diamilina and he comes from the family of Irish classic stars Pampapaul and Pampalina. Grange Stud CRYSTAL

One of the best in the world in 2019 and bred to get his best winners from a mile and upwards on the flat, this son of Sea The Stars is a half-brother to the Grade 1 winner Hillstar and from a prolific black-type family that includes mile classic star Rose Gypsy. Standing as a national hunt stallion, so most of his offspring will be hurdlers and chasers. The Beeches Stud

Summer two-year-old winner who won the Commonwealth Cup at three, this half-brother to the classic-placed seven-furlong Group 2 winner Massaat (first foals in 2020) is from a prolific black-type family that includes mile classic heroine Precieuse. Likely to get his best from five furlongs to a mile and in all age groups. Nunnery Stud (GB) FLAG OF

This high-class stayer and capable 10-furlong performer is standing as a dual-purpose stallion on behalf of Trevor Hemmings. There are a double-digit number of Group 1-siring flat stallions by Galileo, whereas Mahler and Soldier Of Fortune are notable examples of jumps sires by the great son of Sadler’s Wells. His siblings include the sprint stakes winners Misu Bond (sire of prolific flat winners) and Slip Dance, the Irish 2000 Guineas runner-up Foxtrot Romeo, and the seven-furlong pattern winner Air Chief Marshal (sire of a Group 1 winner in France). He should prove popular, getting his best winners from a mile and upwards on the flat in addition to those who do well over obstacles. National Stud (GB)

High-class sprinter who was short-headed in a mile Group 1, he won his only start at two but pattern races at three, four and five. He is out of a half-sister to the classic-winning Japanese stayer Fierement and comes from a good middle-distance family. Likely to get his best winners from five to 10 furlongs. Tally-Ho Stud

A high-class sprinter whose final start was when fourth in the Group 1 Prix de l’Abbaye in early October, this son of Group 1 Falmouth Stakes winner Rajeem is a grandson of a full sister to the juvenile Group 1 star Hoh Magic. By a sought-after sire of sires and looks likely to get his best winners from five furlongs to a mile, some of them precocious. Yeomanstown Stud

G1 Vertem Futurity Trophy Stakes Classic-winning miler and top late-season two-year-old out of a seven-furlong juvenile Group 3 scorer, he is another notable prospect by Invincible Spirit. Comes from a largely middle-distance family, which includes the Prix Vermeille heroine Pearly Shells and is likely to get his best in the seven-to-12-furlong range. Coolmore Stud

Royal Ascot-placed juvenile who was a runaway mile Group 3 winner before taking the Derby at Epsom, this grandson of Galileo is by the sire of Dawn Approach and inbred 3x4 to the Prix de l’Arc de Triomphe heroine and phenomenal broodmare Urban Sea. Galileo, Sea The Stars and King’s Best are just three of the major sires in his family. Likely to get his best winners over the full classic range, plus some over seven furlongs. Dalham Hall Stud (GB)

Classic-winning miler, talented juvenile and among the early stallion sons for leading international sire Lope De Vega, this grandson of Shamardal is out of a half-sister to the high-class mile-to-10-furlong horse Special Kaldoun. Likely to get his best winners from six to 10 furlongs. Irish National Stud

Juvenile sprint star who was Group 1-placed at three, this grandson of Oasis Dream is by the sire of notable 2019 freshman Cappella Sansevero (sire of Pierre Lapin). His dam won a Listed sprint at two, his fourth dam won the Flying Childers and Queen Mary Stakes, and he looks likely to get sprinters in all age groups – some precocious – as well as some who will stay a mile. Ballyhane Stud 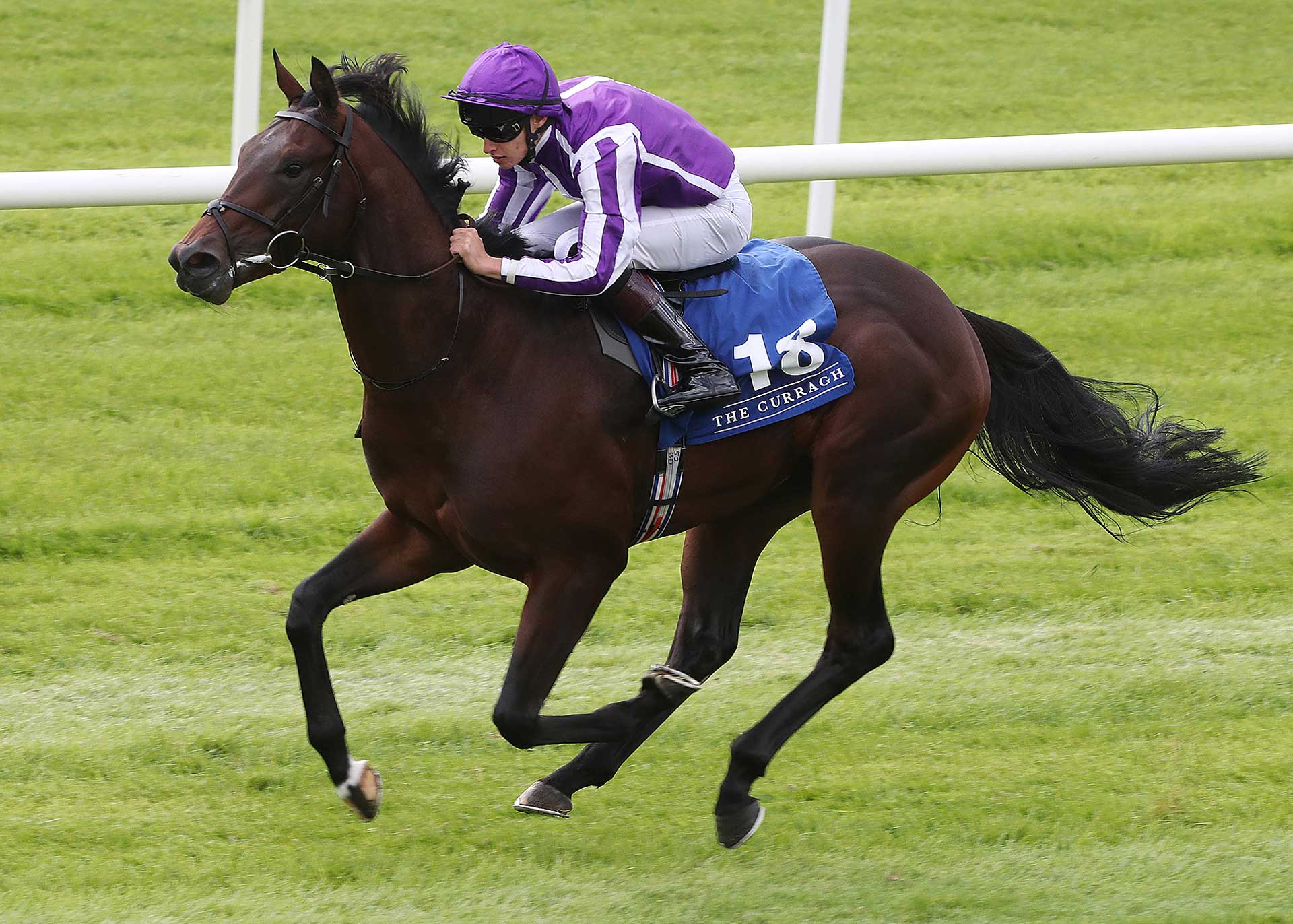 Classic-winning son of the great Deep Impact and out of a half-sister to mile Group 1 ace and leading international sire Kingmambo. His grand dam, the great Miesque, is also the dam of East Of The Moon – the dual classic-winning grand dam of Alpha Centauri. Likely to get his best winners over the full classic range. Lanwades Stud (GB) SUCCESS DAYS (IRE) 2012 gr Jeremy - Malaica (Roi Gironde) RACE RECORD: 6 wins including G2 York Stakes A high-class son of the popular dual-purpose sire Jeremy, who died young, this grandson of Danehill Dancer is out of a multiple sprint winner who was Group 3-placed over seven furlongs. His dam is out of a half-sister to the Group 1 Prix Ganay winner Execute. He looks sure to be popular in his new role and could get flat winners from a mile and upwards in addition to his inevitable ones over hurdles and fences. Kilbarry Lodge Stud

G1 Middle Park Stakes One of two first-crop sons of his sire taking up stallion duties in Europe in 2020, this grandson of Scat Daddy was a sprint star at two and three. He comes from a branch of the family of the Group 1-winning Australian sprinter Shamal Wind, and his Kentucky Oaks-placed fourth dam My Darling One is the Grade 1-winning dam of the high-class miler Heart Lake. Likely to get sprinters of all ages, plus milers. Coolmore Stud

G1 Prix Jean Prat, (G1 Dewhurst Stakes By the sire of the Group 1-siring stallions Al Kazeem, Makfi and Poet’s Voice, plus star 2019 freshman Night Of Thunder (five stakes winners), this brilliant two-year-old was a classic-placed Group 1 star at seven and eight furlongs at three. He represents an outstanding middle-distance family as his dam is one of five Group 1 winners out of Darara, who is the Group 1-winning half-sister to the classic star and influential stallion Darshaan. Likely to get his best winners over the full classic range plus some over six/seven furlongs. Dalham Hall Stud (GB)

G1 Criterium de Saint-Cloud Four-time Group 1 ace who won the Arc on his final start and came within a short head of being a classic star, this son of Galileo is a half-brother to the middle-distance Group 2 winner Waldlied and out of a pattern-winning half-sister to St Leger scorer Masked Marvel. His grand dam is a half-sister to the Group 1 Deutsches Derby winner Waldpark. Likely to get some talented late-season juveniles plus horses who are effective over the full classic range. Ballylinch Stud 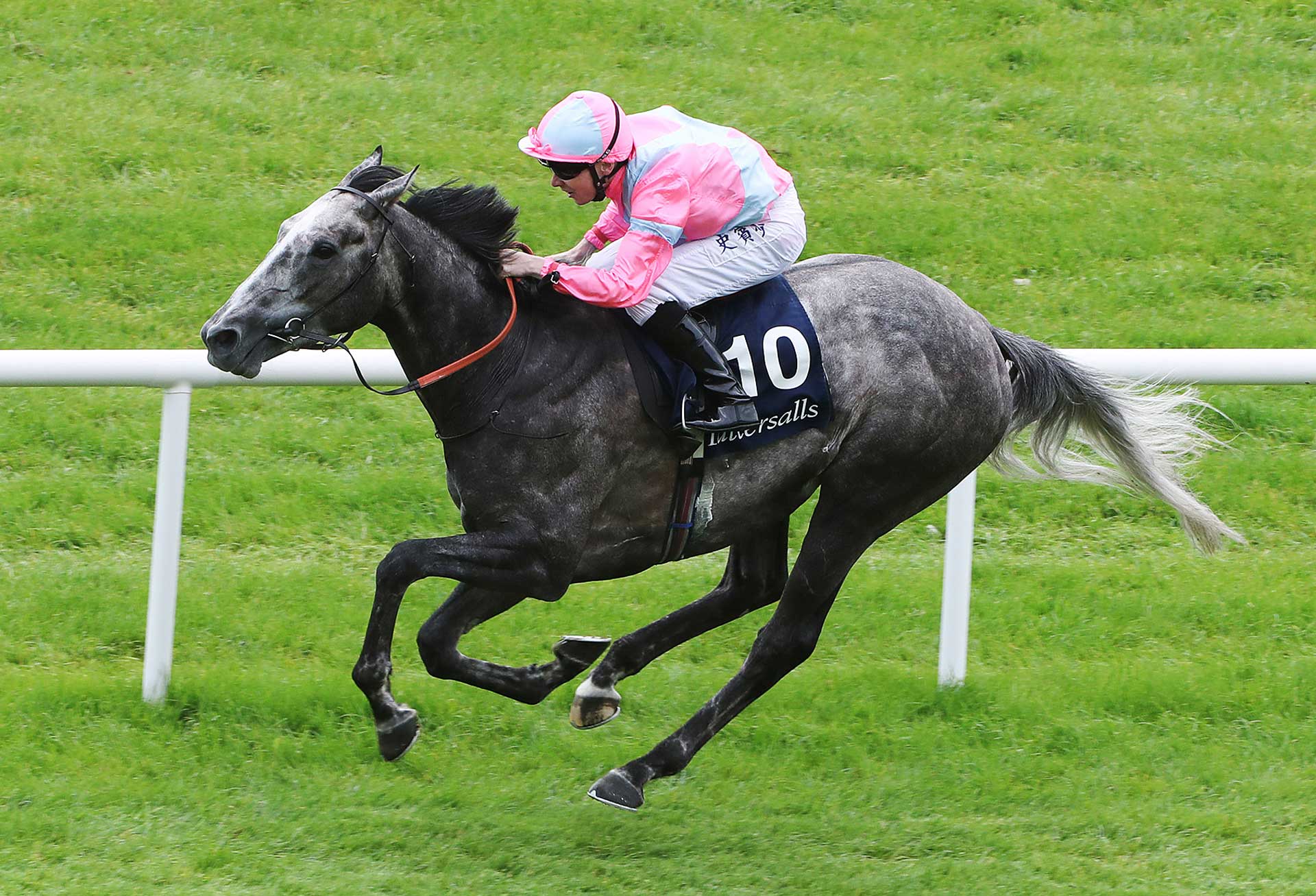 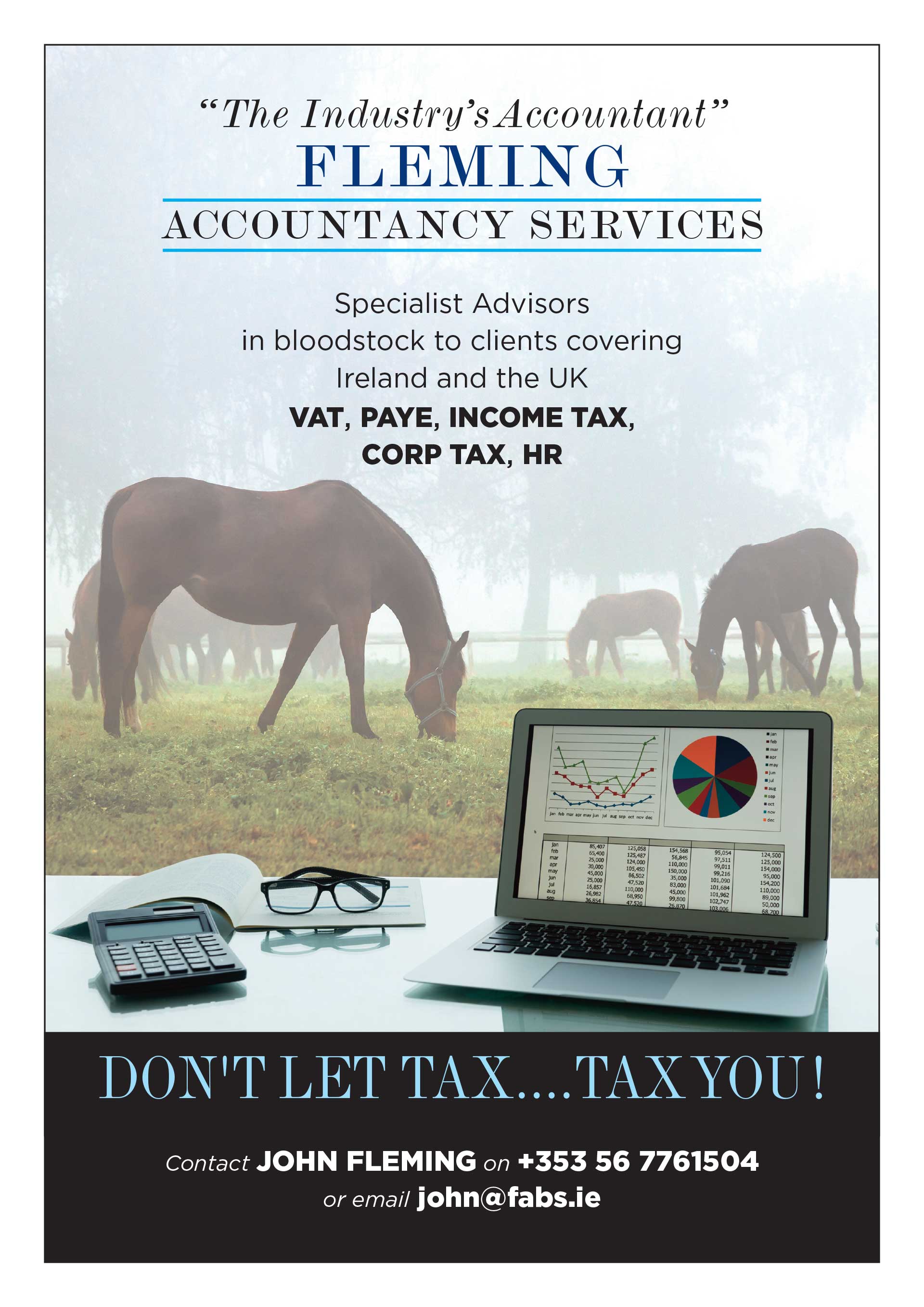